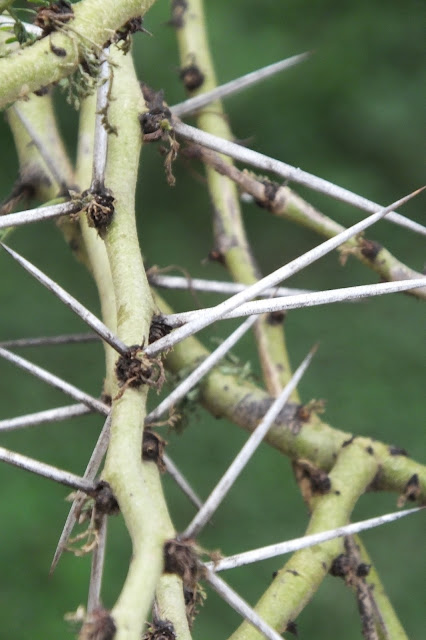 Giraffes and other herbivores normally eat thorny acacia foliage, but leave the whistling thorn alone. Usually spines are no deterrent to giraffes. Their long tongues are adapted to strip the leaves from the branches despite the thorns.

The thorny acacia like dry and hot conditions. The thorns typically occur in pairs and are 5-8 centimetres (2-3 inches) long. Spines can be straight or curved depending on the species. 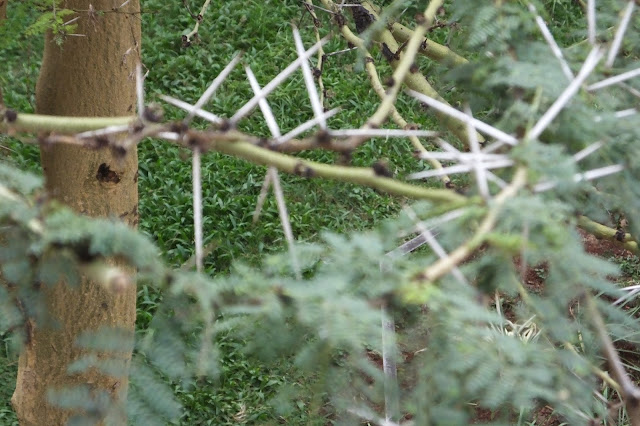 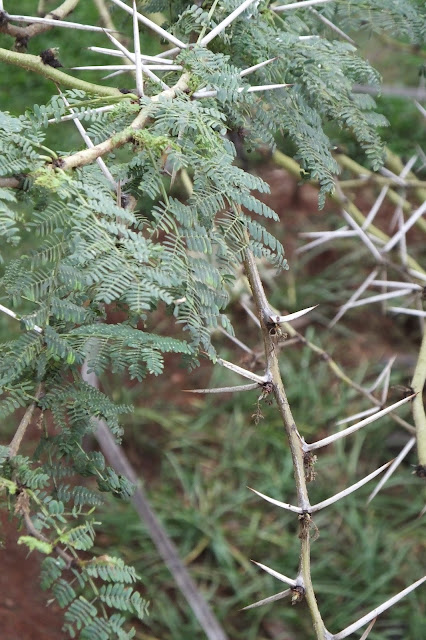 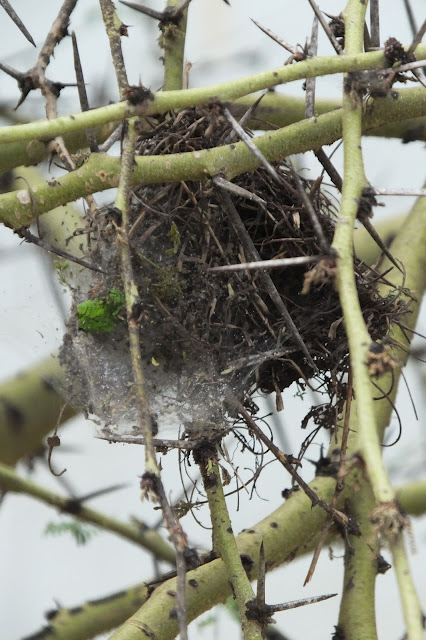