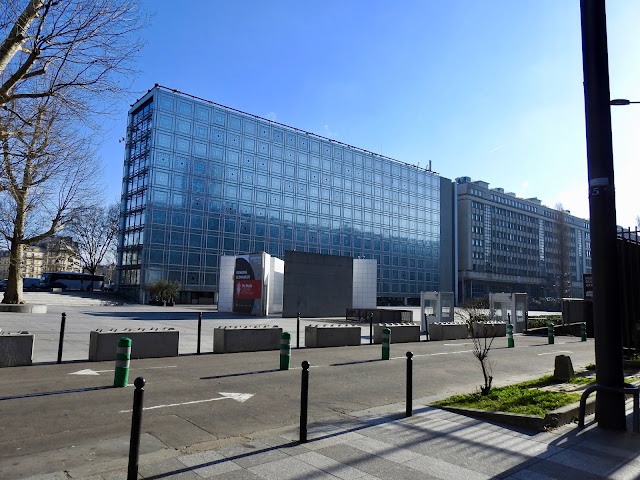 The Arab World Institute (Institut du Monde Arabe) in Paris was founded in 1980 between 18 Arab countries and France.

The Architecture-Studio, and Jean Nouvel, won the 1981 design competition to build the AWI with joint funds from the Arab League and the French government. The AWI museum was constructed from 1981-1987 under the French Presidency of Francois Mitterand, as part of his urban development series called ‘The Grand Projects.’ It has a museum, art gallery, library, auditorium, restaurant, office, and meeting rooms.

The river Seine side of the building contrast is curved, and the southwest façade is a rectangular glass-clad wall. Visible behind the glass wall, a metallic screen unfolds with moving geometric motifs. The motifs are 240 photo-sensitive motor-controlled apertures, or shutters, which automatically open and close to control the amount of light and heat entering the building. The mechanism creates interior spaces with filtered light, which was inspired by Islamic architecture.

The innovative use of technology and success of the building design won the 1989 Aga Khan Award for Architectural Excellence. 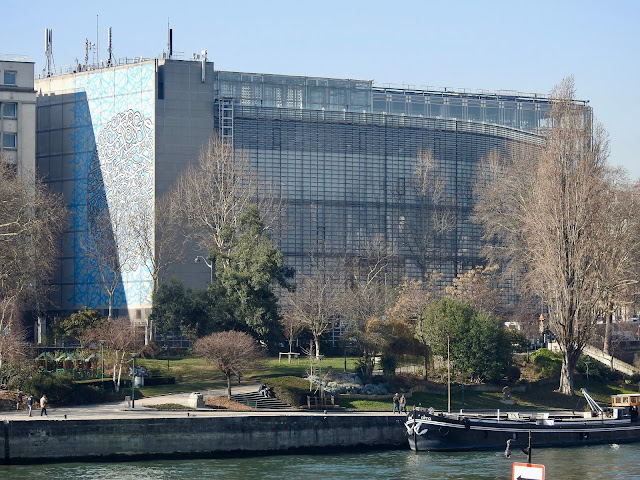 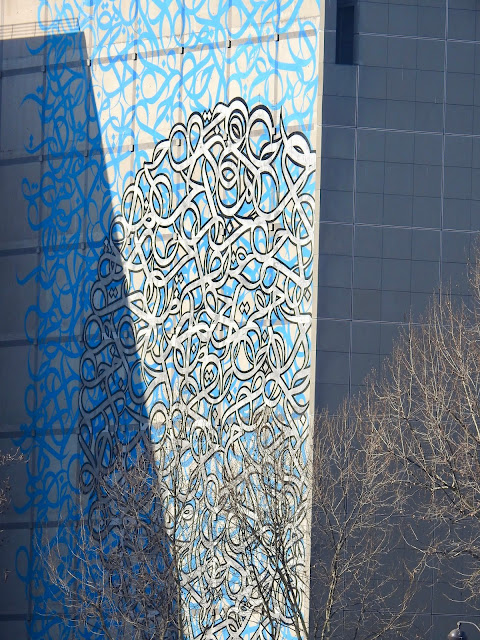 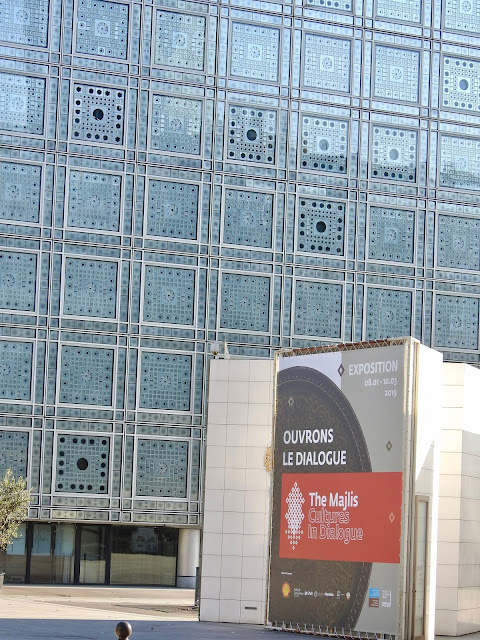 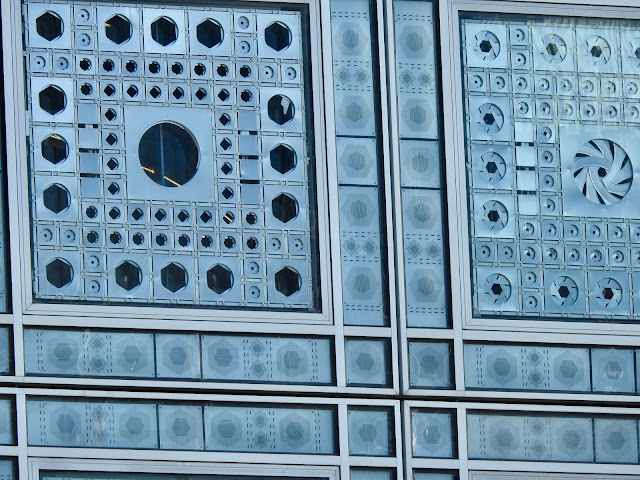 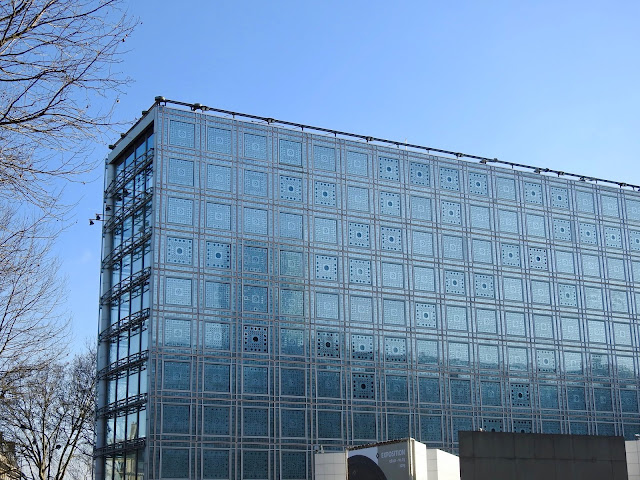 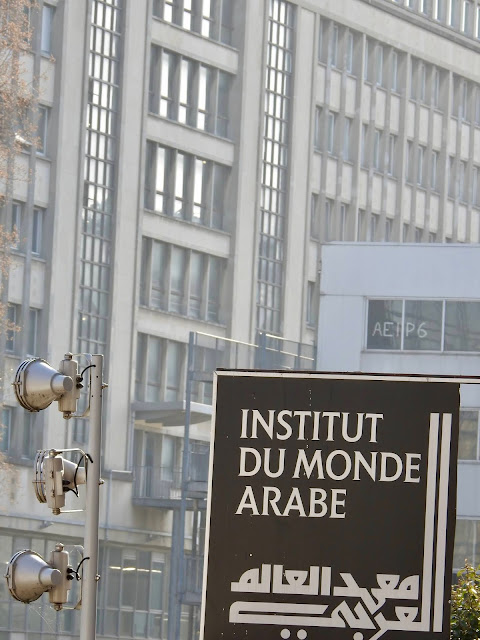 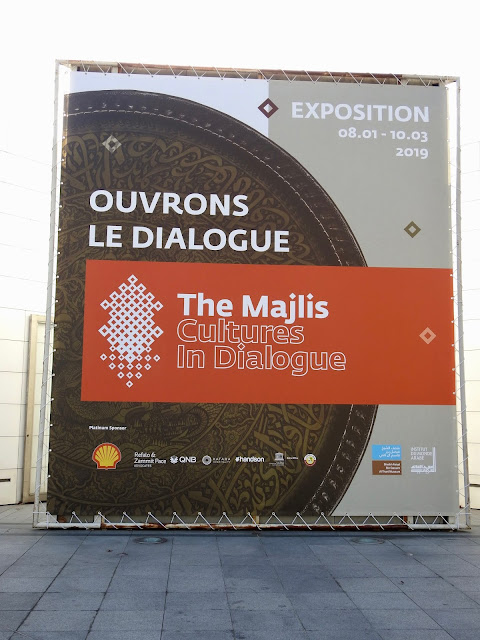 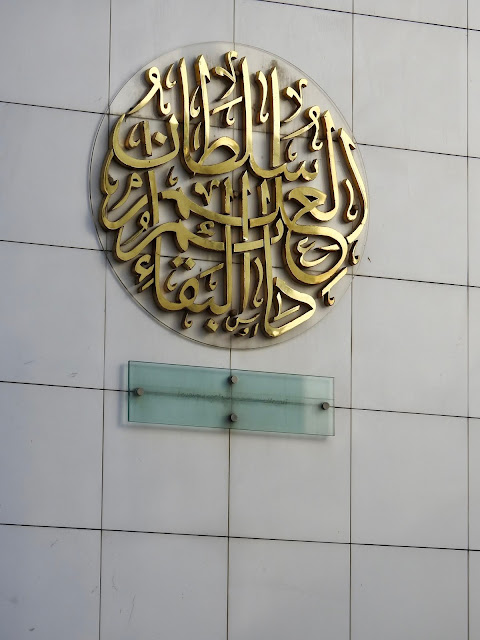 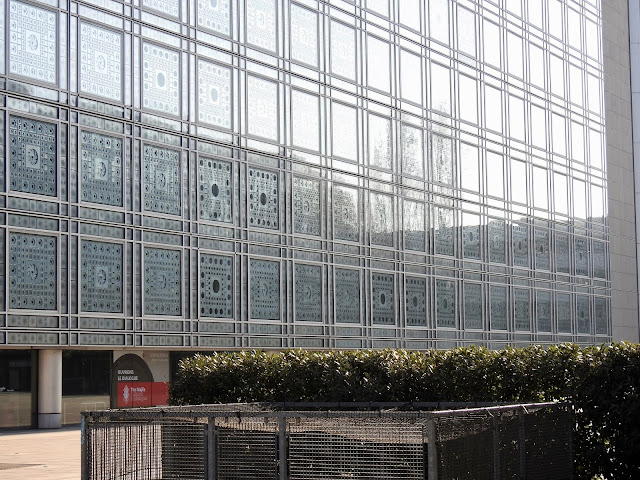 June 26, 2016
In the Culture section of the BBC appears an article published on 24 June 2016 with the headline: Sitting down to make a stand. What does ‘make a stand’ mean? ‘To make a stand’ or ‘to take a stand’ means ‘to make a determined effort to defend something or to stop something from happening’ according the Cambride Idioms Dictionary (2006, 2 nd edition). The American Heritage Idioms Dictionary indicates that ‘to make a stand’ means to ‘hold firm against someone or something.’ It’s early meaning was to hold ground against an enemy who held different views of a issue. Who is defending what against whom? And what does standing have to do with sitting down? The article explains that congressmen and women held a ‘sit-in’ on the floor of the United States House of Representatives during the week to ‘demand action on gun legislation.’ Initiated by civil rights leader, John Lewis, on Wednesday 22 June, 20 Democrats left their seats and sat on the floor in an effort to preve
1 comment
Read more

September 21, 2011
It is now springtime in Australia. But two hours from the spring flower festival, Floriade, in Australia’s capital, Canberra, snow is still falling in the Snowy Mountains. The ski season is from early July to mid-September, but in most years there is still good skiing until mid-November on the Kosciuszko main mountain range. The world’s longest continuously running ski club is in Australia. Three Norwegian miners introduced skiing to Australia in 1861 during the Gold Rush period in New South Wales. They constructed skis from natural wood and established the Kiandra Snow Shoe Club. In 1908 the town of Kiandra hosted the world’s first international Alpine Ski Carnival in which Denver skier, Charles Menger, from America, won the main event. Kiandra nowadays is not a ski resort, having died out after the Gold Rush. However, the Kiandra Snow Shoe Club was re-named the Kiandra Pioneer Ski Club and is based in a town called Perisher, two hours from Kiandra. Perisher, in the state of N
Post a Comment
Read more