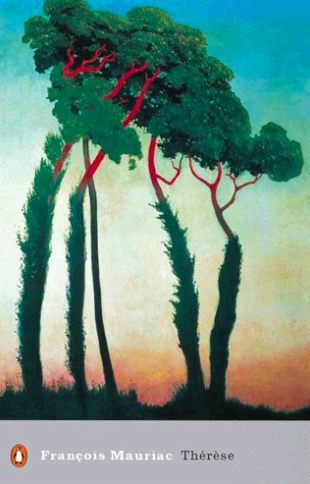 Mauriac wrote Therese Desqueyroux in 1927, followed by Therese and the Doctor (1928), Therese at the Hotel (1928), and The End of the Night (1935). The English version of the first book was issued in 1928. English versions of the other three books were published in 1947. Therese and the Doctor – 20 pages – and Therese at the Hotel – 19 pages – are sandwiched between the main volumes – the beginning and the end. Mauriac wrote the remaining three novels to explain what happened to Therese after an abrupt and ambiguous ending to the first book.

Why did she do it? Although her father ‘was the only truly remarkable man she had ever known’ she thinks that ‘when all was said, Bernard wasn’t so bad.’ She had a husband, a two-year old daughter Marie, and a profitable plantation of pine trees – what more could she want?

In the last book she is 45. Mauriac says that The End of the Night is not a sequel, but ‘a portrait of a woman in her decline.’ Therese is in Paris – with a heart condition and feeling old and alone. She has not seen Marie in three years, when suddenly Marie knocks at her mother’s door. Marie is now 17 years old, in love with Georges who is 22. Her happiness is entirely in the hands of her mother, because if Georges believes, as others do, that her mother is evil, there will be no chance of a wedding. Marie wants to know the truth.

Therese is complex. Is she evil, or mad, or paranoid, or a schemer, or a victim of circumstance? Mauriac’s writing is clever, never fully revealing Therese’s motives and true character. It is the reader who decides.