Metekhi Church and the King Vakhtang I Gorgasali statue in Tbilisi 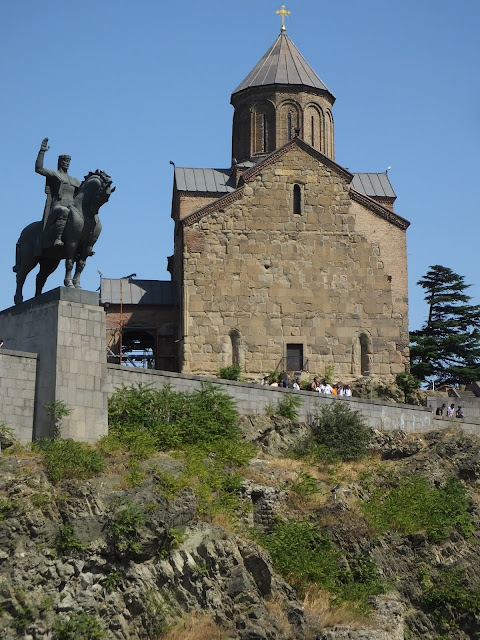 On a mound by the Mtkvari River in Tbilisi, Georgia, sits the 12th century Metekhi Church and the statue of King Vakhtang I Gorgasali.

A popular tourist attraction in the Old City area, the equestrian statue and the church provide both a spectacular sight and a site where visitors have a spectacular view of the city and river.

Metekhi means ‘the area around the palace’ because it was the area of the king’s palace. The Metekhi Church of Assumption was built by King St. Demetrius II from about 1278-1284 and has been restored several times. In the later part of the Soviet period, the church was used as a theatre. The equestrian statue was created by sculptor Elguja Amashukeli in 1961. 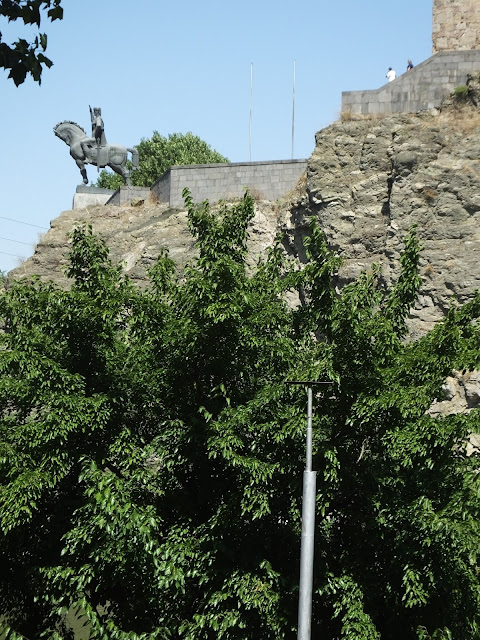 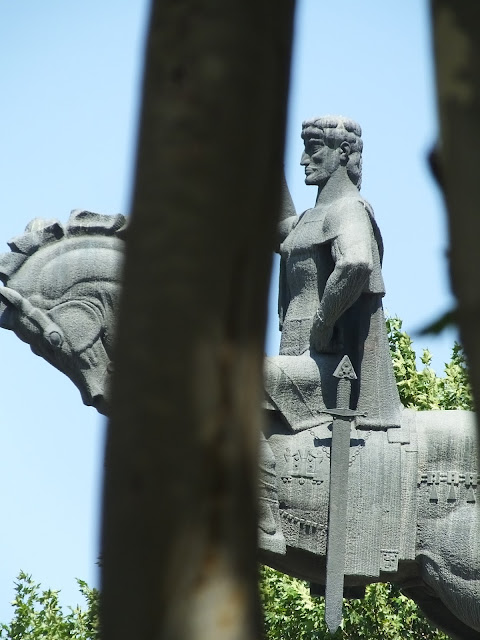 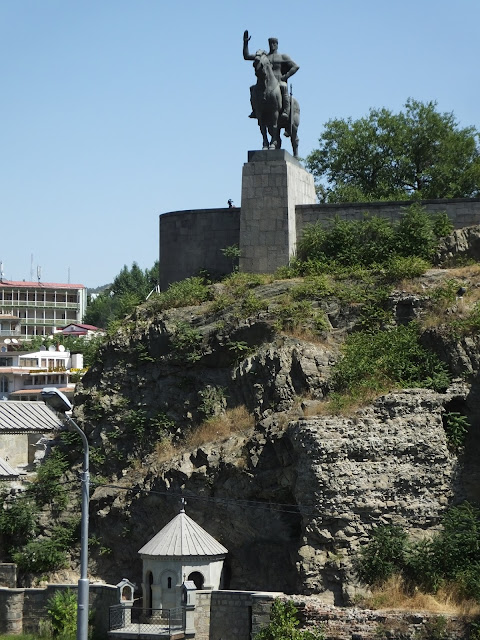 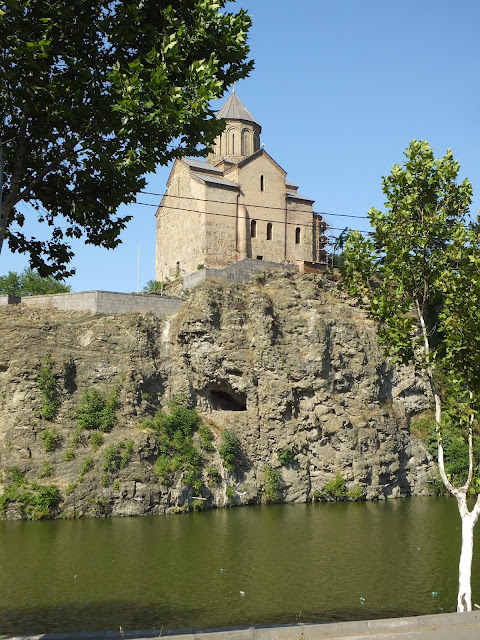 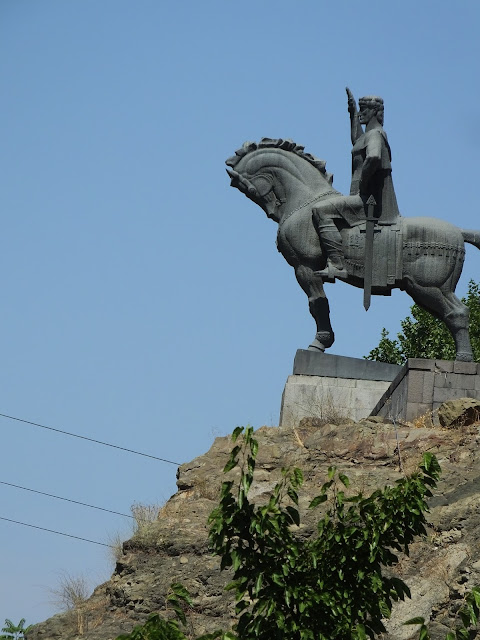 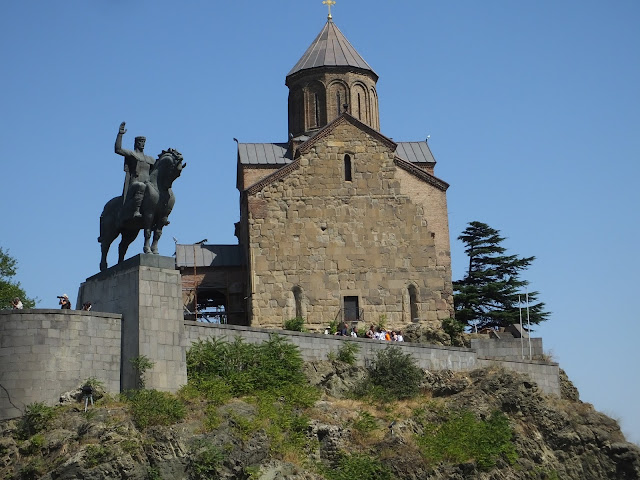 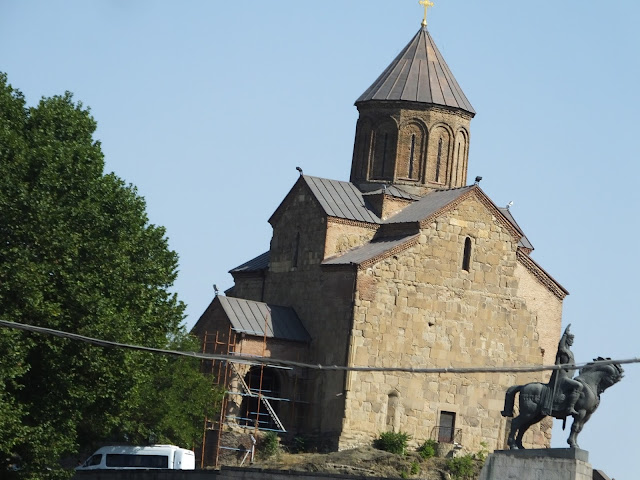 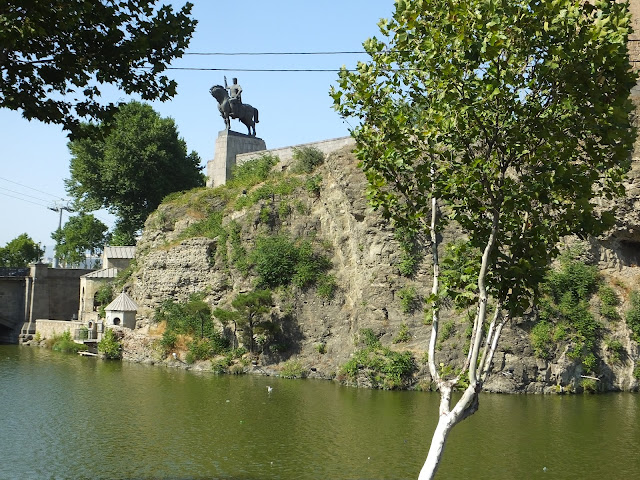 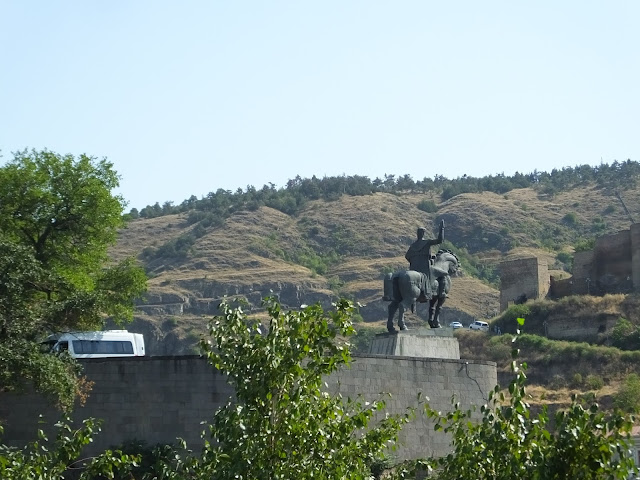